Peyton Tochterman is a musician from the Blue Ridge Mountains of Virginia. He creates and performs American Folk music that tells stories about his community. He was asked by the U.S. State Department to travel to Afghanistan and perform music as a “cultural ambassador”. Tochterman explains that “What I didn’t know until we arrived was that I was THE Spokesman, representing the United States and showing how diplomacy can be shaped by the musical arts — even in war-ravaged Afghanistan.” 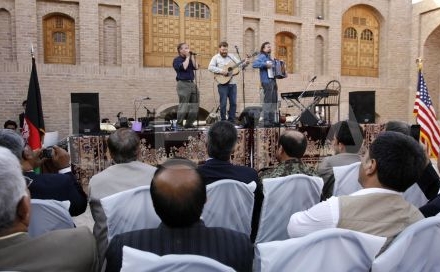 The first concert was held in Herat, Afghanistan, with about 350 Afghan men and 50 women attending. “All the women were wearing burkas, but as soon as they got inside, they took them off,” Tochterman said. “Then they sat in the back corner away from everyone. During the concert I was playing my song ‘Smile.’ I had my eyes closed at one point, and when I opened them I look toward the women, and I see they’re all crying. Jackie, our State Department person, walked over and sat with them for part of the concert. Afterward, I asked her what that was about, and she said they loved the music. And that they were so into the moment, because they had never heard live music before. That was the most amazing moment in my professional career.”

He played along side many Afghan musicians. The shared love of music enabled the musicians to bond quickly. “When you meet someone who is a great musician, there is a respect,” Tochterman said. “And these guys were great musicians with great ears… Their musical tradition is a lot like the Appalachian tradition in this country. The songs they play have been passed down for generations.” 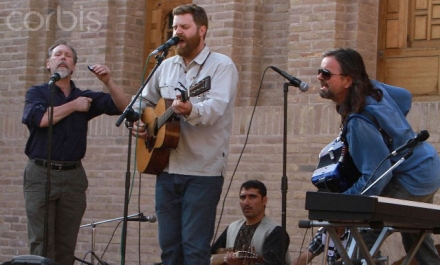 The grand finale concert was at the historic Citadel of Herat, dateing back to 330 B.C. and Alexander the Great. Tochterman invited Afghan musicians to open the show. The show, and the tour through the country, was a huge success.

“The experience altered how I see people in general. Once you go to a culture that is so different from your own, you start recognizing how we are so much the same… The Afghan people were some of the most kind and generous people I’ve met,” Tochterman said. “This experience was so much more about how the arts and music can bring people together, than it was about any of us.” 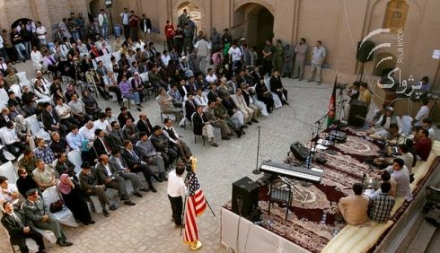 “Some might ask ‘What difference can a folk singer from the Blue Ridge Mountains make in a tortured place like Afghanistan?’ It’s a valid question — partly answered by one of the State Department officers who said our visit did ‘more for diplomacy between Afghanistan and the United States than any diplomat had done, more then any road that was built, or any power plant that was constructed in the last year.’ Because of music we were reaching people at a level you don’t usually reach,” said Tochterman.

“If nothing else, we are returning home reassured that music really is a universal language that can unite diverse peoples. We have proven to ourselves and others, there are no borders for good music. We are all connected through music and we must continue to celebrate this connection, this language that is so important not just to our own culture, but also to cultures around this fascinating world of ours.”